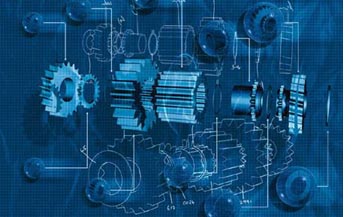 
The next thing you may want to do is to create a working prototype. What is a prototype? A prototype is a working representation of a product that "looks like" and "works like" the real thing.

Prototypes are created for any of a variety of reasons. Here are a few of the most common:

1. Before the product can be mass-produced and sold, prototypes are created, tested and reviewed as many times as it takes to get them working perfectly. Once the prototype is finalized, you can safely assume there will be no surprises in the production parts and assemblies, and the functionality of the product should work perfectly. This process saves considerable time and money that would be wasted if problems were not discovered until thousands of units have already been produced.

2. You may intend to license the product to a company already established in that particular product market, whereas, they would handle the manufacturing and sales of your product. In this case, the prototype is used for demonstrations in the hopes of finding an interested party. For example:

John comes up with an idea for a clever way to store CDs in an automobile. He does not have the time, money or expertise to manufacture the product himself. Instead, he uses a prototype for demonstration to companies already established in the automotive aftermarket accessories market. He finds a company interested in adding the CD storage device to their product line in return for royalties on each unit they sell.


3. Sometimes people want prototypes for a particular event, such as a trade show. There are trade shows for just about everything imaginable. They are a great way to get feedback on a new product idea before it goes into production. Most companies use trade shows to introduce new products on a regular basis.

4. Another use for a prototype may be to get a jump on marketing and sales. Prototypes can be used for product photography, packaging development and any type of sale literature. In this way, you will not have to wait until a production unit is in your hands to accomplish these tasks.

If you decide you would like a working prototype, Aiello Designs can create one, or many, for you. We will help you come up with a design, engineer any mechanical or electronic requirements, draw each part using 3D CAD (computer-aided-design) programs and lastly, create the fully-functional prototype.

Using CAD also allows us to create computer-generated renderings that look like a photograph and may take advantage of high-tech prototyping processes such as laser prototyping. As the inventor, you are closely involved in the entire process and are required for feedback and approval of each step along the way.

The entire process to go from idea to prototype can take as little as 1 month, or more than 1 year depending on the complexity of the design. Call us at 207-467-9145 or email us at estimate@aiellodesign.com and we'd be happy to provide you with an Invention Development Estimate at no charge.